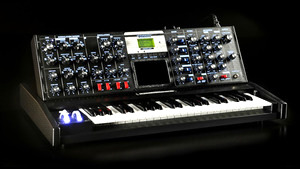 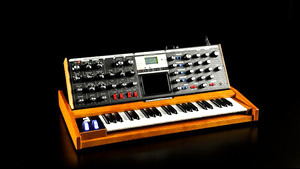 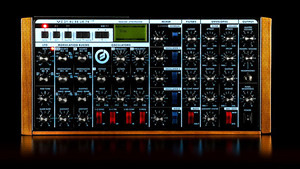 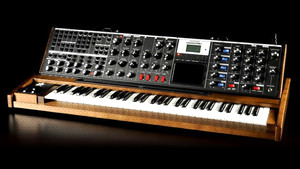 As synthesizers were traditionally large and bulky affairs, with many wires hanging out of the patchbays it made live performance difficult. Moog responded to the overwhelming demand for its uniqe synth sound by producing the MiniMoog. Released between 1971 and 1984, it is still a highly sought after instrument today, known for its iconic warm analog synth tones. So much so, that Moog have re-released it as the MiniMoog Voyager, which comes in performance, rack and limited edition versions. Classic features include 3 stable oscillators, dual Moog filters, 4-stage envelope generates, whilst modern upgrades include MIDI functionality and 7 banks of 128 presets. Whether the original, or its modern counterpart, the MiniMoog has a distinct monophonic tone, and is revered for its recognizable analog sound.