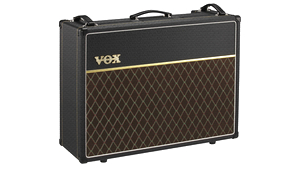 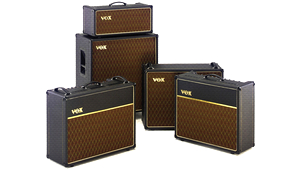 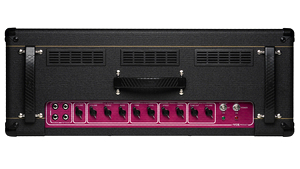 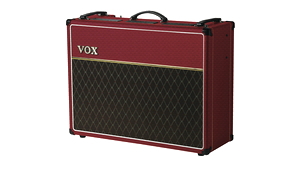 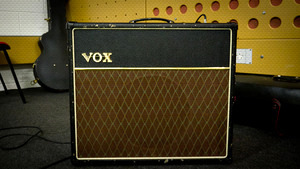 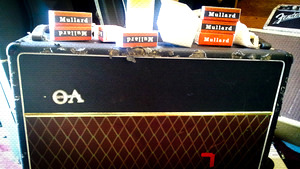 Introduced in the late fifties, the AC30 was designed as a big brother to the 15 watt model. At 30 watts, the amp packs more than enough of a punch for club gigs, and can be seen being played by iconic bands the world over. Popularized in the sixties, with acts like the Beatles, the Shadows and the Rolling Stones, in recent years it has seen use with bands such as U2 and Radiohead. The all-tube, twin speaker configuration creates a classic tone that is bright and ‘jangly’ when clean, and rich and creamy with bell-like overtones when overdriven. It can be heard time and time again on classic records, and plays a large part of the sound of the ‘British invasion’.

With a range of tonal options, including the famous ‘Top-Boost’ channel, as well as spring reverb and tremolo, you can achieve many different classic sounds out of one amp. The only drawback that might favour the 15watt over the 30 is its size and weight, which whilst not extreme are quite significant. Vox release limited edition versions of the series as well as the classic. The CC2 version has two 12” Vox Wharfedale speakers, and a footswitch for the tremelo and the reverb.