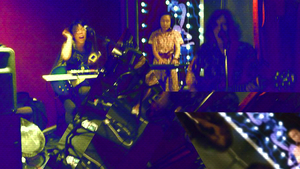 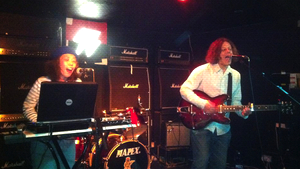 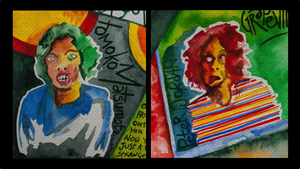 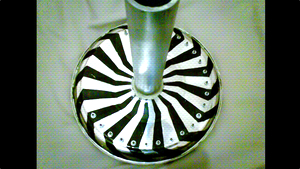 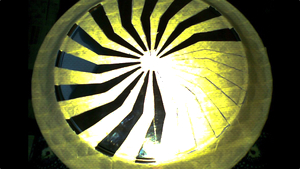 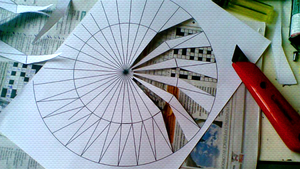 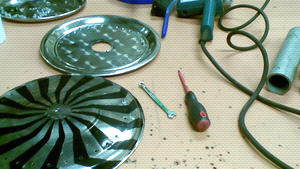 Clinker are a DIY band who create a mixture of multi-coloured psychedelia, sing-along pop, “head-fucked noise” and electric avant-garde music. Based around core members Peter Jordan and Tomoko Matsumoto, Clinker have released 14 albums, the latest being ‘AMBRA’, and 6 EPs. AMBRA started off as a theatre soundtrack, and features the unique sounds of Tomoko’s hand-made waterphone - we asked her to tell us how she made it. The album is available as a free download.

We asked Tomoko to tell us more about how the album began, and take us through the process of creating her waterphone. The sound of it is incredible, a haunting, echoing, industrial, string-like tone, and it can be played in different ways using the different surfaces.

The project ‘AMBRA’ came about when Nick Brown asked us to write original music for his new play. We had previously done the same for another play ‘Charlie and Henry’ a few years back. Nick is a good friend and long time supporter of our work. Our approach to writing for ‘AMBRA’ was to read the script and write music inspired by what we’ve read. We got most of it done during a week’s lock down. We ended up with more than could ever be used in one show, so we decided to release it as an album.

Why did you want to use a waterphone on the project, and what sound
were you after?

At the time, I was making a DIY waterphone while we were working on the project. I usually make a song by playing sounds first and see where the sound takes me, like communicating with sound.

I was testing the sound and the sound I got took to me to the song. I believe in art from a moment. Your feeling of moment, time, space and people reflect that back to art. I’ve always liked the live event, something organic and experimental.

Why did you decide to make your own?

I built it as birthday present for our friend, Ilia from the band called Sebastian Melmoth. I loved the sound and decided it was makeable, so why not? Ilia is an artist and he seems to appreciate hand-made things and I thought of him and I was interested in what sound he might get out of it.

How did you do it?

I found an instruction site and got basic ideas, by researching about the instrument. The proper waterphone has rods welded to the body but I want to give freedom to the player. I want them to choose the scale by luck. So all rods are detachable. The player can make the scale by picking rods completely by accident. By doing that, I thought I would use bike spokes and nipples. I had a bike wheel from freecycle, stainless steel trays from a pound shop, steel cylinder, Milliput and empty beer cans.

Do you have any tips for making one?

If I had more budget, motorcycle spokes could be better and a welding tool to make it properly.

How did you record it?

Recorded with mics, then put lots of effects on it.

Do you use it live, and is that potentially a bit dangerous in case the water leaks over other music gear?

I haven’t thought about it. I guess it could be dangerous, but it doesn’t leak.

Are there other unusual instruments on the album?

No… only occasionally the bell from a cat’s collar in the background.

Where can people get the album from and when is your next live show?

The album is available from our Bandcamp page as pay-what-you-like. Clinker live is a rare thing these days, though we are talking about doing another show soon. We played in August, with additional member Ichiko Watanabe, and really enjoyed it. We’re always being asked to play, but consciously decide not to do it all the time. Maybe early next year.