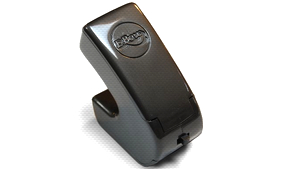 Ever since its invention by Greg Heet in 1969, the EBow has changed how people play the guitar. By making the string vibrate without having to pluck or pick it, the EBow can create long feedback notes, as well as a range of sounds reminiscent of using a bow on the strings. By creating an electromagnetic field, the string vibrates with a continuous sustian. The movement of the EBow in relation to the guitar pickup and string, changes the tone and volume of the note. With the new model, there is the addition of a harmonic mode which produces a higher harmonic sound instead of the fundamental note. This device has been widely used for many recordings across popular music, and is not just limited to electric guitar- it can even be used to good effect on bass and acoustic guitar.